We live in a visual world hugely impacted by television. If you want to write for television, you need to have either television spec (speculative) scripts or an original pilot script–or scripts–to show as writing samples. My job will be to support you as you work on developing a TV spec episode or pilot script.

After working with over 1,000 scriptwriters during the past 20 years, I still get excited about individual writer’s projects. Every script is an original world of storytelling, even when it involves series regulars who appear on television each week. It will be your unique “What if…?” story that will challenge and entertain anyone reading your completed script.

How I Can Help You

Regardless of the writing direction you wish to go–spec or pilot script–what I do is help screenwriters of television dramas, sitcoms, animation, and documentary series develop and present their work in an entertaining and professional manner.

I can assist you at the outline stage of a TV spec script. Or perhaps you need some guidance in putting together your TV Pitch Bible (a TV series information package) and pilot script for your original show idea. Maybe you want to take your pretty good first draft and make it a dynamite second draft. I’ll help you through writer frustration moments when you are blocked, confused, experiencing looming deadlines, or can’t figure out where to go in Act One or Four or Six of your script. You can contact me at joy@joythierryllewellyn.com so we can discuss your project and find out what I could do to be most helpful to you. 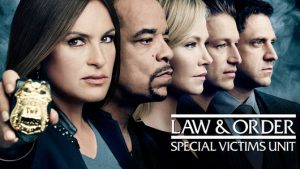 A TV spec script is an original episode you have written for an in-production television series. As entertaining as Entourage and West Wing were, they are not in production, and it is better to put your energy into writing a script for a television series that is still airing new episodes.

If you are not sure if your series of choice fits into that category, you can find out by checking TV.com, Wikipedia, individual TV series’ websites, or you can email me at info@joythierryllewellyn.com.

Another way you can show off your storytelling skills is to write a pilot script introducing the reader to an enticing world of new characters and stories for an original TV series you have developed. Right now pilot scripts seem to be the most requested writing samples because they allow the producer, showrunner, or agent to get a sense of both your unique writing style and your ability to present a script in proper television format.

Getting support and guidance during your creative development and writing stages will help it be an invigorating and successful process because we are all in this creative storytelling universe together.

“Write it. Shoot it. Publish it. Crochet it, sauté it, whatever. Make!”